Home / Blog / Branding in the Age of Social Media
Comments 0

Branding in the Age of Social Media 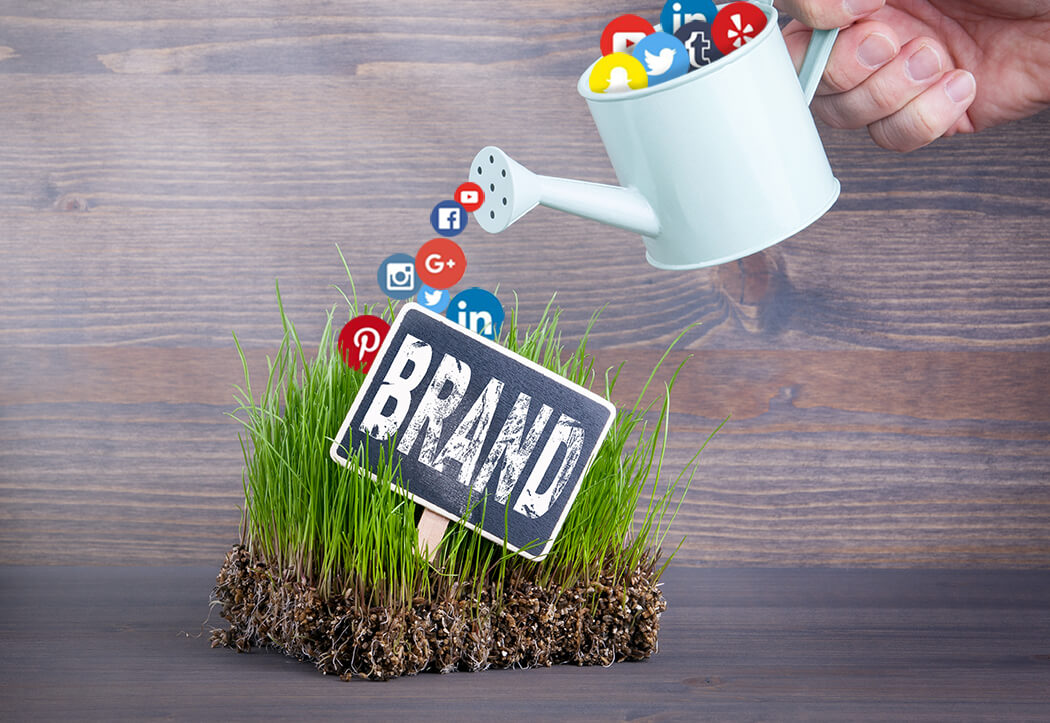 The power of branding is what separates a ‘Converse’ shoe from a regular canvas shoe or an ‘Apple’ phone from a generic phone. It is the singular factor which demands the customer to pay more and value the product over everything else in the category. The brand is an amalgamation of various elements including the image, identity, positioning, personality, communication, and experience that the product provides. A superior value of all these parameters makes the brand stand apart from the rest.

The brand is created and established through many channels, all these elements of the brand have to be communicated to the customer. Some of the popular channels for this communication have been – TV advertising, Newspaper and Print Advertising and Public Relations. In the last decade, social media has captured the attention of every customer who now wants to be engaged on a personal level. This has completely changed the way traditional brands perceive communication and branding has changed.

Social Media – Brands by the numbers

Every year Forbes releases a list of the world’s top brands across different industries. These brands are valued based on consumer perception, revenues raked in, and other industry parameters. These are undoubtedly some of the world’s favorite brands and have extremely good top of the mind brand recall. This should mean that customers love to engage with the brand on social media as well, doesn’t it?

But the numbers speak otherwise. Here are some of the world’s top global brands with the number of fans following them on Facebook –

Coca Cola is one of the most popular consumer brands with a massive following. Surprisingly Toyota which is the highest grossing brands doesn’t garner much attention! Compare this with Facebook popularity of celebrities –

Shakira has almost as much engagement as Coca Cola has! Coca Cola with revenue of 41.86 Billion USD in 2016 cannot somehow manage as much fan following as Shakira! That points to a deeper undercurrent of how consumers think. Take a look at the Social Media engagement of new age celebrities on Youtube and new formats of media –

PewDiePie has garnered more attention with his poorly edited videos than the high-end production qualities of Disney! This means the established brands are missing the communication link somewhere and failing to give the customers what they seek from social media engagement.

Culture in the age of Social Media

Douglas Holt, CEO of Cultural Strategy Group, has coined the term ‘CrowdCulture’ for describing the phenomenon of culture in the age of social media. Prior to the internet and social media, subcultures related to hobbies, arts, music, niche interests were all separated by geography and time. They met in small clubs and connected through niche print magazines if at all! There was no mode of communication to bind them all in real time, and then came social media. This freed all the constraints of regular communication channels and gave each person a platform to find their own kind.

For instance, Cosplay is the unique activity where enthusiasts dress up like cartoon or anime characters. This was popularized in Japan and is considered as a subculture. This rose in popularity with big conventions across major cities, but it exploded with the rise of social media. Today, every major city across the world has Cosplay events, conventions, and clubs where enthusiasts meet and dress up as their favorite characters. This has spawned many local and international cosplay clubs and communities online. For example, one of the more popular Facebook communities is called @cosplayheaven and has about 562,267 engaged audiences who are interested and love cosplay!

Change in communication in the age of Social Media

Facebook communities of the popular Game Of Thrones TV series connects viewers from across the globe. When the new episode releases online, the entire spectrum of fans from the USA, UK, India, and Hong Kong all plug in at the same time in the different time zone to watch it. They then get onto their Facebook groups contemplating on episode plots, dramatic twists

Starbucks recently introduced a drink known as the ‘Unicorn.’ It generated social media interest like no other drink in history has! There were memes, comics and even videos made to discuss this unique drink. Fans of Starbucks called out on the move, some applauded it, and in the end, it no longer remained just a new drink that Starbucks introduced on its menu.

Recipe videos have been a thing going back to the cookery shows on TV. But, today social media is mesmerized by short 2-3 minute videos about cooking with Facebook Pages like Tasty. They revolutionized the way people watch recipe videos. In fact, people have now taken up to watch recipe videos just for the sake of it without intending to ever make it! This is a big departure from the middle age female audience of cooking shows.

Kim Kardashian is one such celebrity who has gained popularity due to her reality shows. In fact, the entire Kardashian family including Kylie Jenner, Kendall, Kourtney all lend their support to several brands across their media profiles. Kim herself has been the brand ambassador of big brands like Skechers and Sears!

Strategies for Upcoming Brands in the age of Social Media

In the age and day of virality, it has become critical for brands to breakthrough and gain the attention of consumers. If you are an upcoming brand catering to a specific audience, then you need to start investing in social media strategy.

Social Media is certainly changing; it’s up to you as a brand to make the most of it!

Alice Jackson is a business consultant, blogger, social media enthusiast, online market analyst, amateur designer and an avid author at Designhill. She has written on several topics including social media marketing, SEO, content marketing, startup strategies and e-commerce. When she's not writing, she loves spending her time reading romantic novels. Connect with her on Twitter: @jackson_alice1